Top Ten Tuesday is an original feature/weekly meme created at The Broke and the Bookish. Each week they will post a new fun Top Ten list topic so we can all get to know one another. This week's list is:

1) Complete my Goodreads challenge of 75 books this year. That is a lot for me considering I work a full time, and a part time job, and I'm in school. That's reading 1.442 books per week, and I guess technically I'm already behind. I'm reading a big book, but it still only counts as one.

2) Stick to the posting schedule I created. I think its really realistic, and leaves a lot of freedom to post whatever I'm feeling like at the time.

3) Really concentrate on my challenges lists, but not to the point where I'm feeling burdened by it.

4) Get rid of my old books that I know I'm never going to read again. This will be a hard one for me, but I think that my books will be better served being donated to the hospital or a womens shelter than collecting dust on my shelf. Obviously I have some important ones I will hold onto, but I think its time to part with all the bargain bin chick lit I have bought, and give them to someone who might actually read them again (cause I know I won't!)

5) Stop buying books for the sake of buying. If I want a book really badly so I can read it right away, sure. But I have over 100 unread books in my possession, and I don't need anymore right now just because they are on the sale table!

6) Find some more books for BF to read. He likes to read a little bit, but he needs to be given the book. He has an ereader, and I have to load it for him and tell him "read this one now" for him to do it. He has read the Harry Potter books, and the Hunger Games series, and the Steve Job bio recently, but I don't know what to put on there next for him. Giving him a series is easiest, but he doesn't like books with too much teen girl lust in it. Any suggestions? I gave him Tucker Max most recently and I think he needs something with an actual story line to go to next.

That's all I can think of really, my goals are a bit long, so I think 6 is enough! Looking forward to seeing what everyone else thinks of!

Email ThisBlogThis!Share to TwitterShare to FacebookShare to Pinterest
Labels: Bookish Goals, The Broke and the Bookish, Top Ten Tuesday 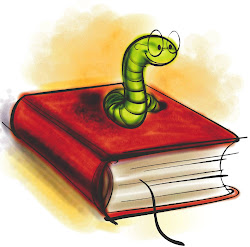 jesspoole
Jess is a passionate DIY'er. Specializing in Scrapbooking, but willing to try any crafty project that crosses her path! She is also an avid reader, and will pick up almost anything. Favorites include YA, Chick-lit, Bios (of people she likes!) and other interesting fiction.

Series' I Plan to Start 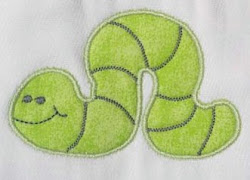